Protesters jeered and whistled at the Serbian prime minister and health minister when they visited the Sandzak area in south-east Serbia, where locals say that coronavirus infections have been spiking dangerously.

Prime Minister Ana Brnabic and Health Minister Zlatibor Loncar were confronted by dozens of angry protesters when they visited the town of Novi Pazar in Serbia’s Sandzak area on Tuesday to try to reassure locals that the healthcare system can handle an increase in coronavirus infections.

Both ministers denied reports that local healthcare services in Sandzak, an ethnic Bosniak-majority area, lack essential medical supplies and protective equipment and are struggling to cope with the COVID-19 spike that has hit several areas across Serbia. 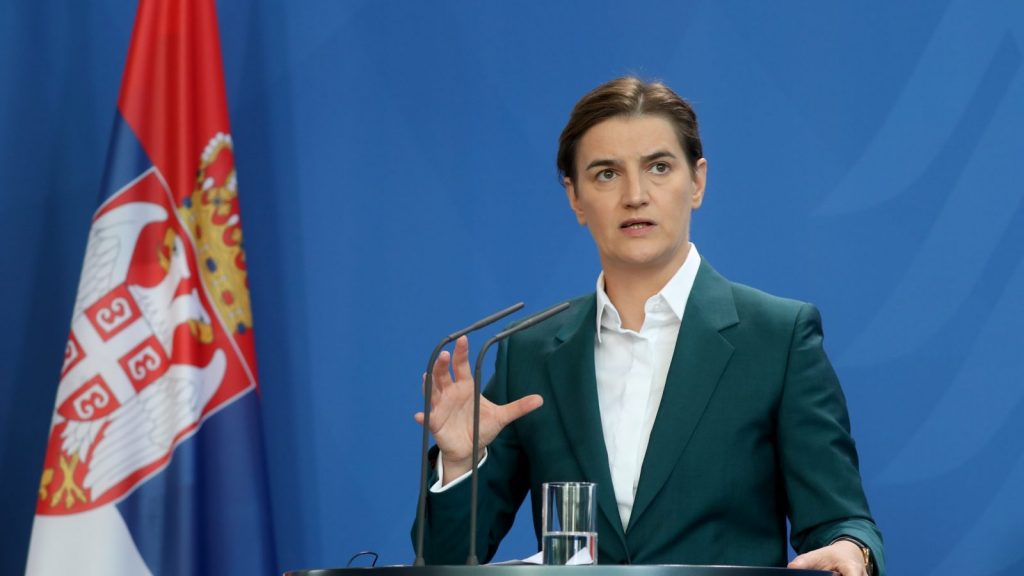 “I can guarantee that they [local medical authorities] have absolutely everything in sufficient quantities. The situation is under absolute control,” said Loncar.

Brnabic blamed what she called “fake news, misinformation and politicisation”.

“As for all the misinformation, that there is no equipment, that the respirators brought by [President Aleksandar] Vucic do not work, that there are no medicines, that there are no vitamins, that it is necessary for people to engage themselves and buy all that – none of that is true,” she insisted.

While Brnabic and Loncar were speaking, jeers and whistles could be heard from locals who came to protest.

According to doctors in hospitals in the Sandzak towns of Novi Pazar, Tutin and Sjenica, the region lacks basic medical and protective equipment, masks, surgical gloves and ventilators.

“In these towns [in Sandzak], the healthcare system is on the verge of collapse,” the Let’s Not Drown Belgrade campaign group said in a press release on Monday.

“Sick people are not being given the necessary care, hospitals are overcrowded, medical staff are working at risk and without adequate protection,” it warned.

Another initiative to collect donations has been launched by the Belgrade-based B92 Fund, a humanitarian NGO.

“At this moment, it is important that we react as soon as possible and provide support to all vulnerable citizens in these places – both patients and medical workers,” the B92 Fund said on Tuesday.

Sandzak locals have also been collecting money to support the healthcare system, and the Turkish government has pledged to send two trucks with medical equipment to Novi Pazar, the largest town in the area.

On Tuesday, local officials and medical workers in Sandzak were quoted by local media as claiming that there have been almost 800 new cases since the weekend of June 20-21, but the Serbian health authorities say the number is much lower, around 90.

The Novi Pazar branch of the Islamic Community, Serbia’s umbrella Muslim organisation, has urged the Serbian authorities to do to curb the spread of the disease.

A state of emergency has been introduced in Novi Pazar and Tutin, with local media saying dozens of deaths have been reported.

But Serbian Health Ministry on Monday denied this and rejected claims that the Belgrade authorities have been hiding the real number of coronavirus cases in Novi Pazar.

Earlier this month, a BIRN investigation revealed that data from the Serbian state’s COVID-19 information system shows that more than twice as many infected patients died in June in the country than the authorities have announced, and hundreds more people tested positive for the virus than admitted.

Serbian authorities reported 242 new infections on Monday, taking the total so far to 14,288. A total of 274 are reported to have died.